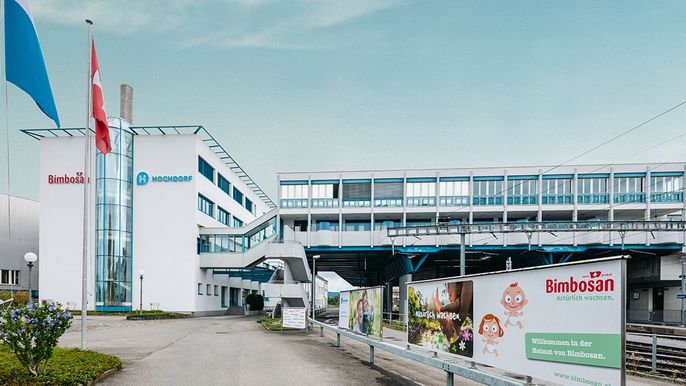 Hochdorf, 8 August 2022 – The HOCHDORF Group's net sales rose by a pleasing 3.8 per cent compared to the first half of 2021 to CHF 145.7 million. However, the result at EBIT level was burdened by the above-average increase in costs for energy, raw materials and logistics and fell to CHF –15.9 million. Despite this, the gross margin developed positively – particularly as a result of price transmissions and contract adjustments. For the second half of 2022, the HOCHDORF Group expects a continued positive operating performance and a further improvement in the gross margin.

Net sales of CHF 145.7 million increased by 3.8 per cent compared to the first half of 2021 (CHF 140.3 million). The Food Solutions and Food Specialities divisions contributed CHF 118.3 million (+5.2%), while the Baby Care division, which covers infant nutrition, contributed CHF 27.4 million (–1.6%). The increase in sales of approximately 27% for milk powder more than compensated for the decline in lower-margin milk and cream products (–18%). This pleasing development is due to the strong increase in demand from the chocolate industry combined with the change in strategy to focus on Smart Nutrition. HOCHDORF is transforming itself from a volume-oriented milk processor to a technology and needs-based milk refiner.

Negative impact of economic situation – gross margin improved despite challenges
The operating result for the first half of 2022 was massively hampered by economic factors. The increased prices for raw materials in production, especially the higher milk price in Switzerland, as well as the rapid increase in energy costs influenced the operating result just as much as currency effects and higher logistics costs. The scarcity of milk for milk powder production in Switzerland also had an aggravating effect. At the EBIT level, this resulted in a half-year result of CHF –15.9 million. The equity ratio was 55.9% (2021: 50.6%). In the first half of 2022, HOCHDORF focused on streamlining the product portfolio and analysing existing customer relationships in terms of value creation and margins. These measures have already had an impact: the gross margin was maintained despite the higher milk price and improved in May and June.

Substantial changes in structure and organisation
HOCHDORF has also made substantial changes to its organisation and structure. The appointment of Ralph Siegl as CEO, the expansion of the Group Management to include the strategically important fields of innovation and research as well as marketing and sales and the strengthening of the sales team form the basis for this crucial transformation for HOCHDORF. Agreements were reached with the customer Pharmalys on the financial settlement of old debts with improved guarantees for sales volumes and payment terms. In addition to the site in Sulgen, production in Hochdorf will continue until at least 2025 in order to relieve short-term capital requirements and to maximise the use the technologies at the Hochdorf site for longer. These are proving an important innovation factor, especially for requests for technology partnerships and for the Research & Development team. Since the announcement of the HOCHDORF Group's Smart Nutrition focus, the company has received a steady stream of enquiries about technology, process or product partnerships.

Successful registration in China – expected market entry in the US
After four years of exceptionally intensive work, the HOCHDORF team, together with a local partner, has succeeded in obtaining registration for the State Administration for Market Regulation (SAMR) and thus approval as an infant formula supplier in China. Due to revisions of the food law in China at the beginning of next year, orders are not expected until mid-2024 at the earliest. Endeavours to secure a simplified approval for the US market are also having an effect: a HOCHDORF task force has initiated an accelerated registration process with a local trading partner. Ideally, this could lead to deliveries of orders already received by the end of 2022.

Outlook 2022: further improvement in gross margin – EBITDA target set
Portfolio adjustments and operational efficiency improvements will remain a priority in the second half of 2022. Covenants with new EBITDA targets have been agreed with the participating banks for the current syndicated loan. In addition, the required liquidity is secured until September 2023 thanks to interim financing. The HOCHDORF Group is also examining alternative financing options for the sustainable implementation of its strategy.

For the second half of 2022, the HOCHDORF Group expects a substantially improved result compared to the first half of the year and an EBITDA loss of less than CHF 7.0 million. The company anticipates a significantly stronger gross margin thanks to further portfolio adjustments and operational efficiency improvements, provided that market conditions do not deteriorate further. The efforts undertaken to transform the company will continue with high intensity and will show their full effect in the first half of 2023.

About the HOCHDORF Group
HOCHDORF, founded in 1895, is transforming itself into a national and international Swiss authoritative brand for technologically sophisticated, functional foods, known as Smart Nutrition. HOCHDORF develops, produces and markets special foods for people of all ages with specific dietary needs. The company is recognised for its high processing competence of high-quality raw materials and draws on state-of-the-art production technologies and employees with market-relevant nutrition expertise. The HOCHDORF Group achieved a consolidated net sales revenue of CHF 303.5 million in 2021 and employs around 400 staff. The HOCHDORF shares are listed on the Zurich Stock Exchange.